Coming Out as a Progressive Christian 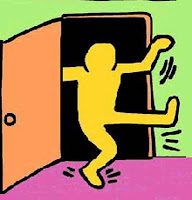 Last night I attended a dinner party with two very nice families and another seminarian. As the newest guest, it was only natural that at some point in the conversation around the dinner table, I would be asked about what I was doing in Washington DC.

Going in I knew that the families were a bit conservative. This was confirmed by the prayer before we ate, which referenced Christ’s sacrifice on the cross paying the ultimate price for the sins of wretched humanity.

Dinner got started and the food was good, the conversation was pleasant, and then I was asked the question, “So tell us about what you’re doing in DC?” Generally I like this type of question; it’s very open ended and it allows me to express myself. Yet as the room became suddenly quite and everyone’s attention shifted to me, I felt like I might be entering tricky territory. With a bit of trepidation, I attempted to articulate where I was working and what I was doing. I informed them that I was a Beatitudes Society Fellow at Faith in Public Life, where I helped them in their mission to be a resource center for justice and the common good. Then there were follow up questions and some comments. The conversation was casual, but with an element of seriousness that caused me to feel like I was on trial.

I felt like everything I was saying made me come off as a crazy, hippie, liberal Christian. I wasn’t ashamed to talk about…

But I knew they were suspicious of me. I can just imagine the host father silently praying that I would either see the light or never pastor a church. With all due respect to GLBT persons, I felt like I was bordering on coming out of the closet as a progressive Christian--to a group of people who were not going to fully accept me.

In the midst of it all, I was trying to decide how much should I share. How specific, how theological, how political should my responses be? Do I use liberal code words or conservative code words? Should this take over the rest of the evening? Do I want them to discover who I am, or do I want to blend in? Crap, now the seminarian is asking me if this is connected to Brian McLaren. Crap, now the father is asking me who founded these organizations and what book my reflection group is reading. For a second I blank on the title, (maybe that’s a good thing). I tell him it’s about progressive Christianity. “What’s that?” his wife asks. This is it, this is the moment I’ve been preparing for these last six weeks. I just gotta bust out my elevator speech, throw in a personal story, and they’ll be hungry for more. Yeah well, it wasn’t a disaster, but it was pretty close. Somehow the conversation ended with the father being concerned about people worshipping the earth and the conservative seminarian complaining that organic farming can’t feed enough people.


What was I supposed to say? I don’t want to hide, but sometimes it’s just easier. If I had been more forthcoming, I suspect that we would have inevitably more openly clashed with one another. I’m ok with conflict with friends and family, face-to-face or online. But put me in a room with a older, conservative, and dominant male that’s convinced that I’m out of line with God’s will, and I’ll curl up and crumble. If he discovers that I don’t believe the “right” thing about, God, Christ, the bible, humanity, sin, salvation, and faithfulness, I will want to run.

There are several resources that I think can be helpful in talking with conservatives, particularly the recent writings from evangelicals who are emphasizing the Kingdom of God. To name a few…

I realize that some conservative folks will always write me off because I believe the Bible is inspired, not infallible, gays are probably ok, violence is sinful, men and women are equal, penal substitution lacks grace, Muslims might go to heaven, and the fundamental character of God is love. And I guess it makes sense that folks like this would want me to be the last person with a flock. But I hate that feeling.

For now, I’ll keep praying for God to form me, get an elevator speech and then practice it, and work at telling and weaving God’s story with my story.